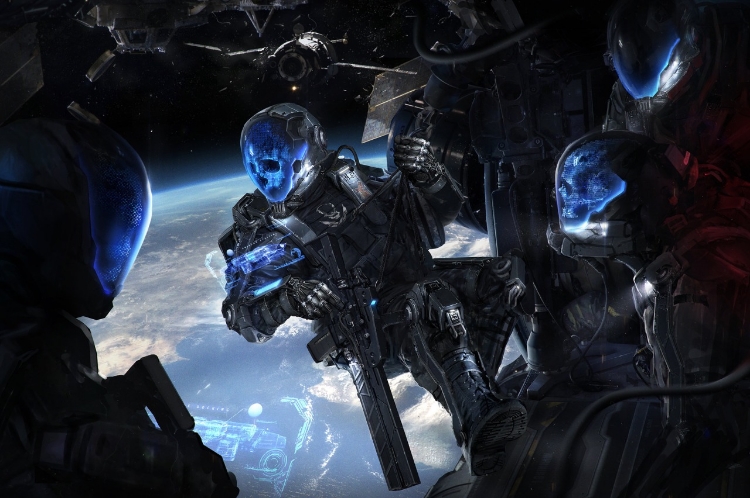 Humanity was changed forever after first contact with the Taoto, an alien species on the edge of annihilation. A terrifying army is coming that threatens to conquer all before them: the Vulk. Humans are given secrets to advanced Taoto technology, a united government, leadership positions and territory among their worlds and the vast frontier yet to be unexplored.. But at a price. Humans are to be manipulated, militarized and multiplied to combat the Vulk. Many vote to reject this offer, but some will do anything for a taste of power…
Humanity is swiftly transformed, and an alliance is forged among resisting alien species. Eventually, through bloodshed, exploitation, betrayal and sheer determination, the Alliance fractures the Vulk army. The peace is shortlived. Temporarily ignored power struggles, wealth and old grudges are now back on the table. Humanity fights to keep its place and order among the Alliance. While alien civilizations plot and rebuild, sinister empires creep from the shadowy reaches of far space.
These civilizations and the individuals race to colonize, explore and defend the vast and mysterious frontier worlds. Lands full of ancient artifacts, advanced technology, magic, and the demonic seem to lay hidden, just waiting to be unearthed by those brave enough. Vast supercities build and prepare for the next onslaught from the next invaders or perhaps from a knife in the back.
Legends also tell of relics of great power, the Godshards. Each fragment grants eternal life, amazing powers and a dash of divine lineage and knowledge. The stories say these are pieces of the slain God, architect of all life. They are treasured above all and the quest for them is littered with death, secrecy and obsession.
Do you have what it takes to survive in this frontier?

To learn the ropes and begin your adventure, start in the Wiki.

Remnants of a Slain God harbadger

Remnants of a Slain God Comments

I'm sorry, but we no longer support this web browser. Please upgrade your browser or install Chrome or Firefox to enjoy the full functionality of this site.